Kareem Abdul-Jabbar is a global icon that changed the game of professional basketball. Since his stellar professional career, he has gone on to become a celebrated New York Times-bestselling author, filmmaker, ambassador of education, and Time Magazine columnist. A sought-after speaker, Abdul-Jabbar recounts in riveting and humorous detail his exciting evolution from street ball player to successful athlete, author, producer, and community activist.

Kareem Abdul-Jabbar is the NBA’s all-time leading scorer, a six-time NBA champion and the league’s only 6x MVP. He is one of a handful of influential and respected black men in America who has a national platform as a regular contributing columnist for newspapers and magazines around the world, such as The Guardian and The Hollywood Reporter where he shares his thoughts on some of the most socially relevant and politically controversial topics facing our nation today. After 50 years as an athlete and activist, he offers his perspectives as a nationally recognized speaker who regularly appears on the lecture circuit. He is the recipient of 2 Columnist of the Year Awards in (2017 & 2018) by the Southern California Journalism Awards.

Currently, Abdul-Jabbar serves as the chairman of his Skyhook Foundation whose mission is to “Give Kids a Shot That Can’t be Blocked” by bringing educational STEM opportunities to underserved communities through innovative outdoor environmental learning. A NY Times best-selling author, he has written 15 books, including two recent memoirs: “Becoming Kareem” for young readers, and “Coach Wooden and Me” about his lifelong friendship with famed UCLA coach John Wooden. His second installment of the Mycroft Holmes series, entitled “Mycroft & Sherlock” was released in October of 2018. The last book in the trilogy “Mycroft & Sherlock: The Empty Birdcage” releases September 2019.

His Emmy Award-winning HBO Sports documentary, Kareem: Minority of One, debuted as HBO’s most watched and highest rated sports documentary of all time. Currently, he is in the writers room working on Veronica Mars for Hulu, and in development on his first original T.V. series for Warner Brothers.


It’s All about the Rebound

“To the outsider, my life has been a series of successes, from college basketball to the NBA to political commentator to novelist. But each success story only came after overcoming many challenging obstacles including racism, criticism that I was too skinny to be a formidable NBA basketball player, outlawing the dunk to stop me from scoring while dominating college basketball, criticism from the press and my peers, anti-Muslim sentiment, struggles to get coaching positions due to personality conflicts, difficulties becoming a coach or color commentator on TV, and being taken seriously as a writer. Each of these obstacles was overcome through discipline, perseverance, patience, and some harsh introspection. The road has not been easy, which has made it all the more rewarding.”

The Mycroft Method: How to Become More Productive by Becoming More Deductive

Using the astute observational skills of Mycroft Holmes, whose abilities even Sherlock says are greater than his own, learn how to better observe your world and make it more productive at work and at home.

From the streets of Harlem to six NBA championships to bestselling author to award-winning film producer and U.S. Cultural Ambassador, the 19-time NBA all-star Kareem Abdul-Jabbar has been an all-star at everything he’s attempted. With riveting and humorous detail, Abdul-Jabbar recounts his exciting evolution from street ball player to successful athlete, author, producer, and community activist. Kareem also discusses how he triumphed over CML Leukemia cancer to become healthy and cancer-free. Abdul-Jabbar’s approach to life can provide an inspirational strategy for others and provide insight to key leadership skills for success.

Every team Kareem Abdul-Jabbar has played on from high school to the NBA has been a winning team. Using what he’s learned during his 20 years in the pros—from his own experiences as well as from great coaches such as John Wooden—Abdul-Jabbar will cite personal examples and experiences and show how these same principles can be used to build corporate winning teams. 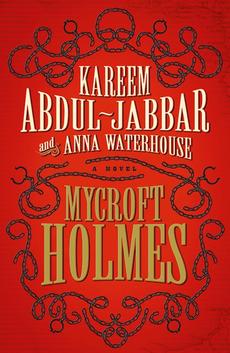 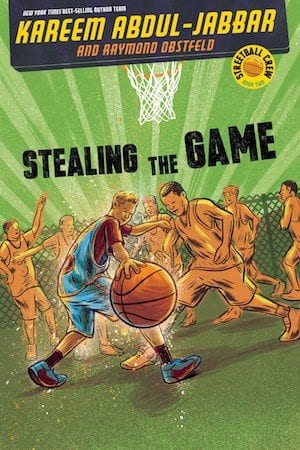 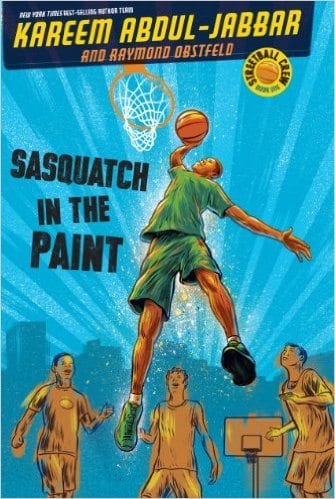 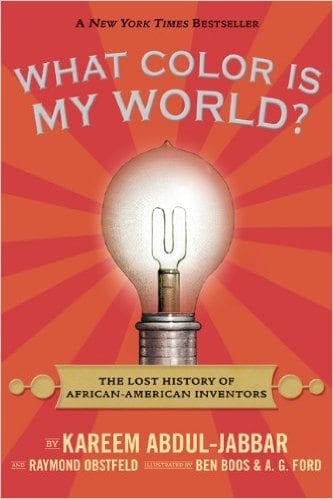 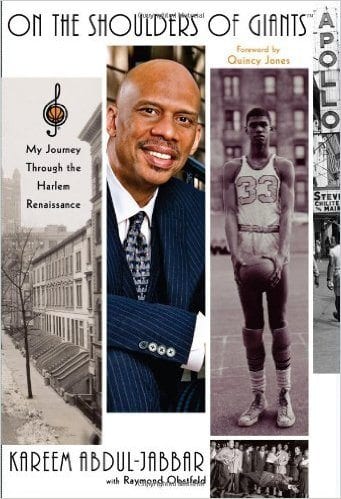 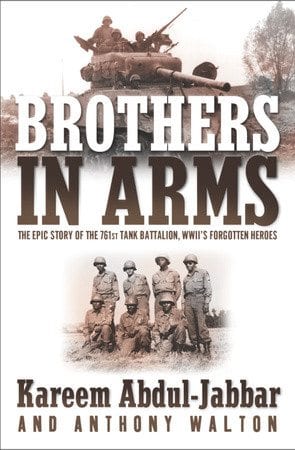 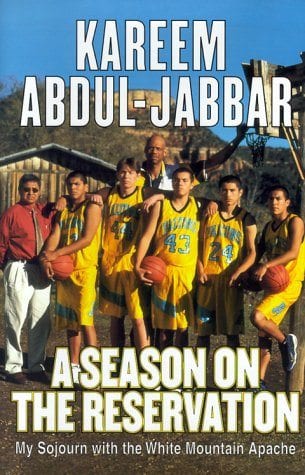 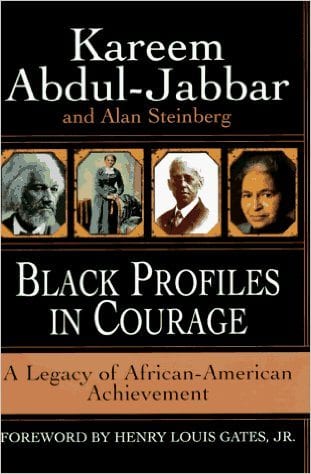 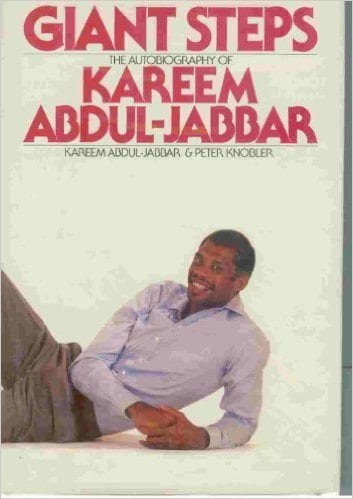 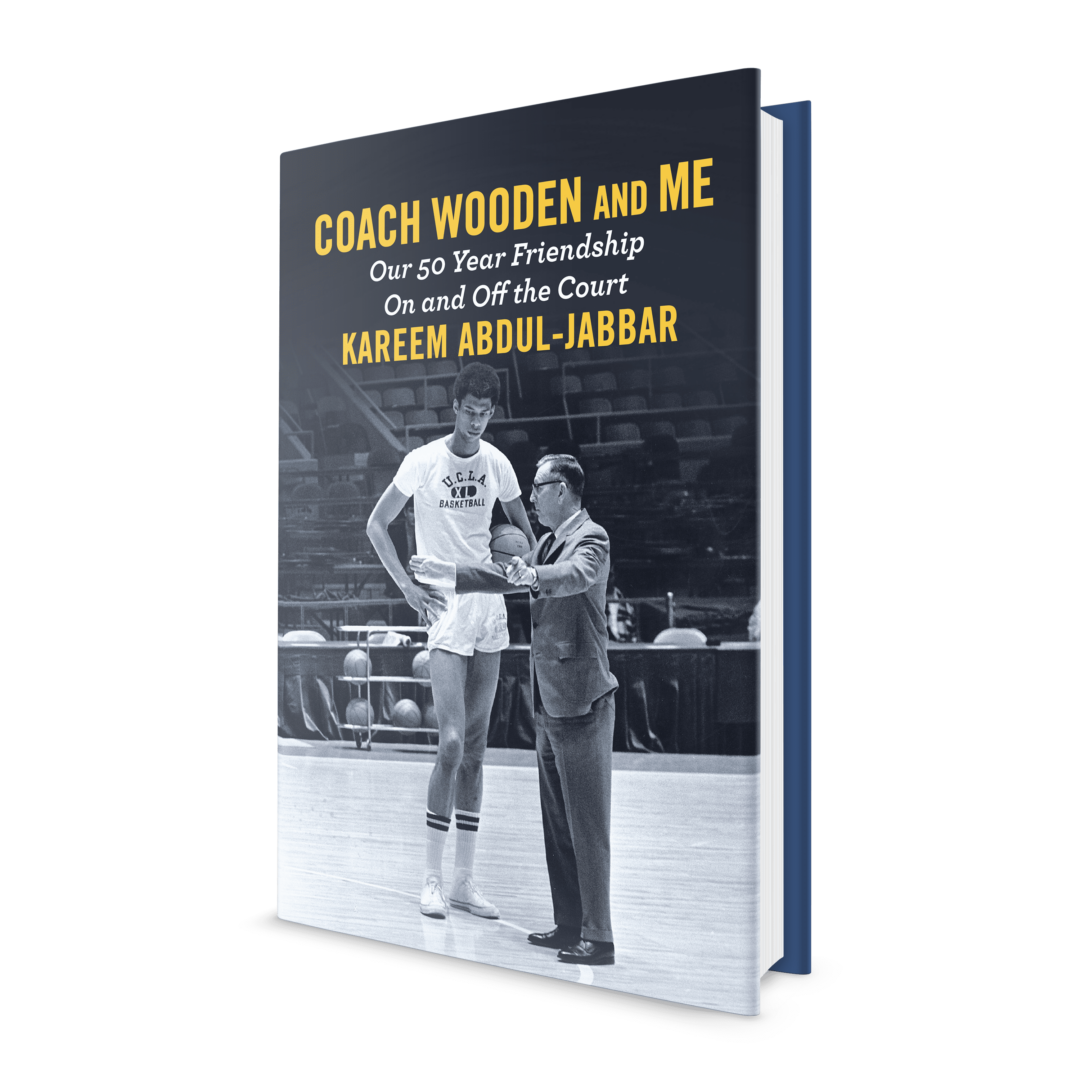 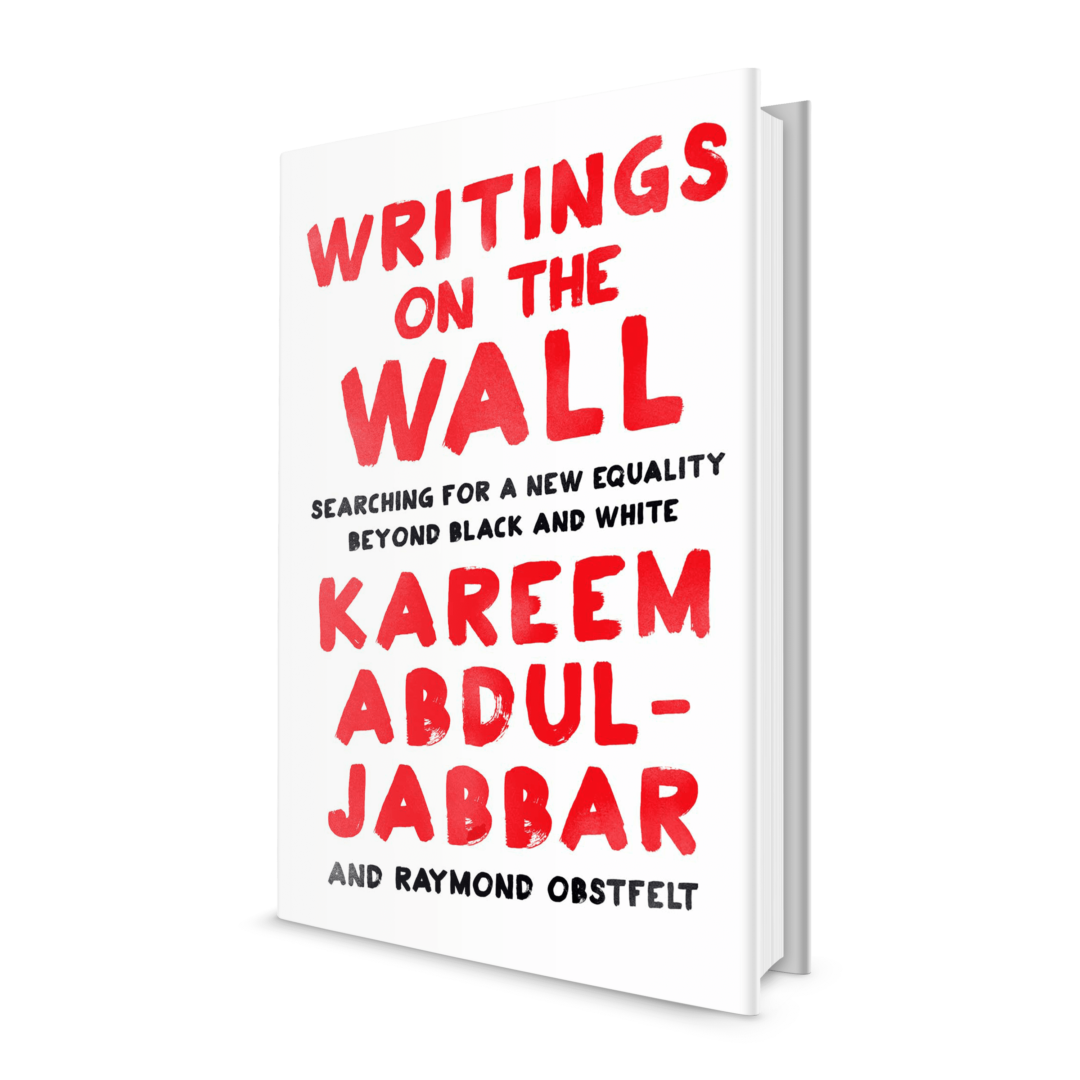 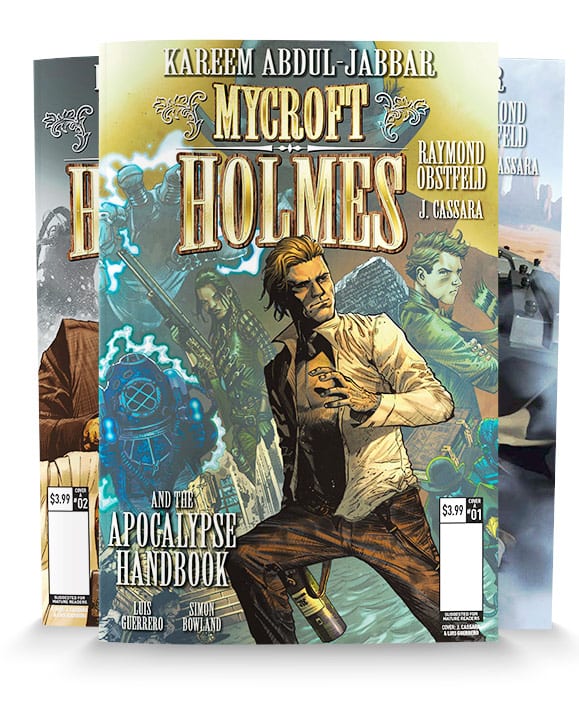 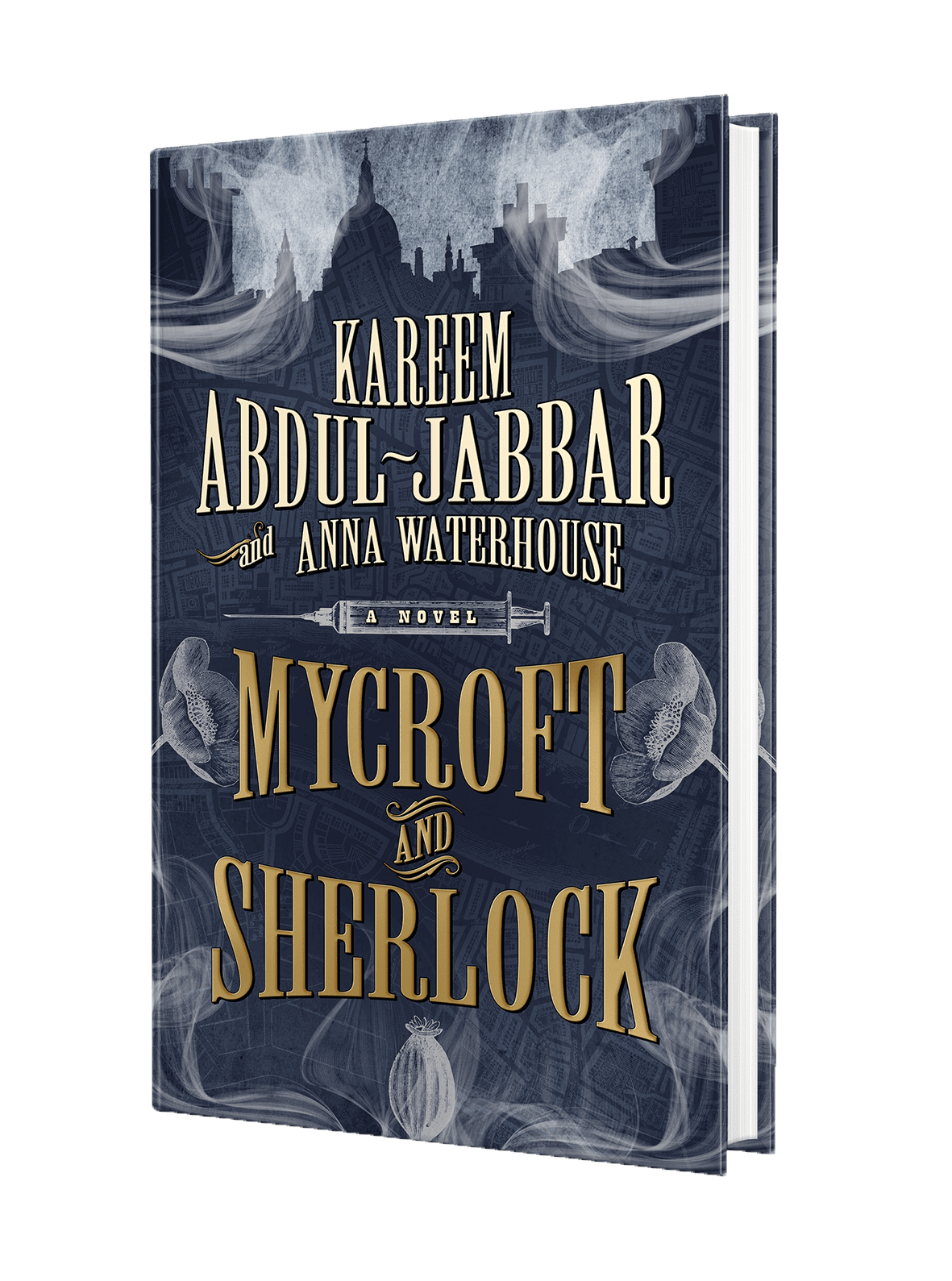 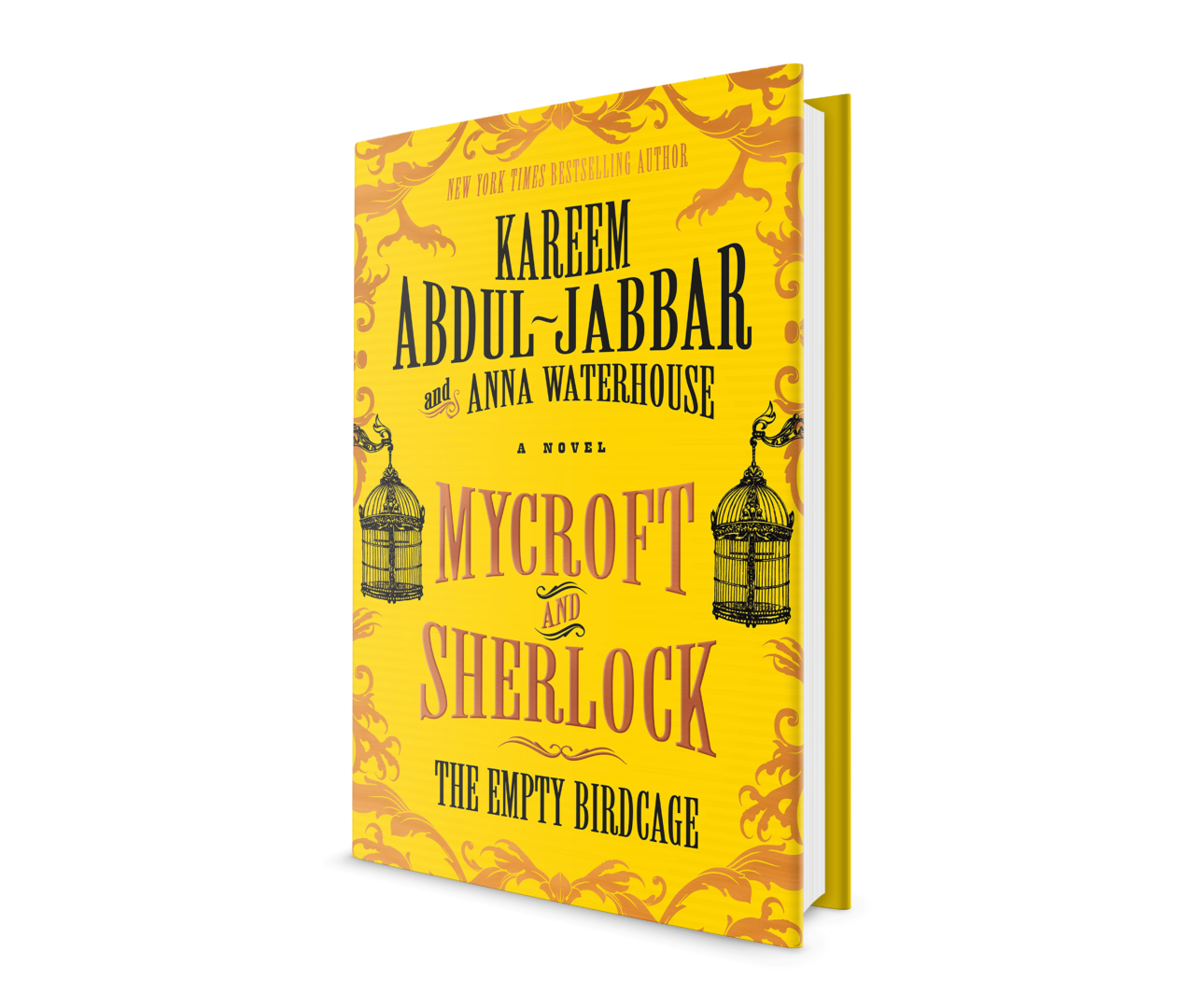 “Kareem Abdul-Jabbar as comfortable as ever as a public intellectual”

Basketball Legend  Kareem Abdul-Jabbar is a global icon that changed the game of professional basketball and went on to become a celebrated author, filmmaker, and ambassador of education. As one of the NBA’s all time greatest players, the 7-foot-2 Hall of Fame center, famous for his indefensible skyhook, dominated the NBA for 20 years and is the NBA’s All-Time Leading Scorer with 38,387 points. Prior to his stellar professional career, Kareem led the UCLA Bruins to three consecutive NCAA championships and is the only player in the 75-year history of the NCAA to be named the Most Valuable Player of the Tournament three consecutive years.

Kareem has made a career of defying the odds. His 20 years in the NBA gives him one of the longest careers in professional sports. The fact that he played for two decades virtually injury-free also defies the statistics. Many professional athletes have written books after retiring, but only Kareem has written multiple New York Times best-sellers and only Kareem has written on topics as varied as World War II, the Harlem Renaissance, and the impact of African-American inventors. His co-authorship of the children’s book, What Color Is My World, and the documentary On the Shoulders of Giants earned him two 2013 NAACP Image Awards. He has also continued the acting career he started with Airplane! and Game of Death (with his friend Bruce Lee) by taking comedic roles in New Girl and The Crazy Ones. Currently he is starring in a series of commercials for the State of Wisconsin’s travel & tourism council to help drive tourism into Wisconsin.

In 2012, Kareem was appointed to be the US Cultural Ambassador by Secretary of State Hillary Rodham Clinton. That same year he and was named California’s After School STEM (Science, Technology, Engineering & Mathematics) Ambassador. He is an inspirational leader who has become a passionate advocate for cancer research and a healthy living style after being diagnosed with Philadelphia chromosome-positive chronic myeloid leukemia (Ph + CML) in 2008.

Currently, Kareem is writing more children’s books for Hyperion/Disney, is a contributing columnist for Huffington Post and Esquire Magazine and is filming his bio-pic for HBO. Each year Kareeem helps 22,000 LAUSD school-children attend Camp Skyhook which Gives Kids a Shot That Can’t Be Blocked. The camp incorporates a hands-on 5 day outdoor learning experience in STEM (Science, Technology, Engineering & Mathamatics) in the beautiful Angeles Forest which is located 40 miles north of Los Angeles.

Kareem Abdul-Jabbar, considered by many to be the greatest basketball player in history, came to Iconomy in 2005. He told us, “I can do more than stuff a basketball through a hoop, my greatest asset is my mind” We sat down with Kareem and asked him what his interests were. “History and education,” he told us. “I want to make history and science interesting to children so they can get a better education and have more opportunities in life.”

Iconomy went to work and since that first meeting, has created many opportunities for Kareem, including: