Dr. Chan received his BBA in Finance & Investments from Baruch College in 1979. In 1983 he received his M.A. in Economics followed by his Ph.D. in Economics in May 1986 from the University of Maryland. From 1985-1986 Anthony spent time at the Board of Governors of the Federal Reserve in Washington, DC as a Doctoral fellow.

He was a Economics Professor at the University of Dayton from 1986 to 1989 and successfully published many academic articles and then joined the Federal Reserve Bank of New York as an Economist from 1989 to 1991.

Dr. Chan joined JP Morgan in mid-1994 and retired in May 2019. During his tenure, he addressed over one hundred thousand clients each year and delivered presentations to many Central Banks around the world, including China’s PBOC, the Bank of Korea, and almost every Central Bank in Latin America.

Currently he spends a great deal of his time traveling around the world (e.g., to Asia, Europe, and Latin America) and in the United States delivering Client Presentations that focus on the Global Economy/Global Financial markets.

Anthony is also a member of the prestigious Blue-Chip Monthly Forecasting panel, as well as the following other forecasting panels: National Association of Business Economists Quarterly Macro Panel and The Reuters, Bloomberg and Dow Jones Weekly Economic Indicator panels. In addition, he served on the Economic Advisory Committee of the American Bankers Association from 2001-2002. One of his most important responsibilities of this ABA group was to brief Alan Greenspan and the rest of the board members in Washington, DC twice a year in an off the record session.

Dr. Chan has been quoted in media outlets such as The Wall Street Journal, Barron’s, The New York Times, The Washington Post, The Chicago Tribune, The Los Angeles Times, and Investor’s Business Daily. He has made over 650 live TV appearances during his career and continues to appear regularly in global media markets around the world such as CNBC, CNN International, Fox Business News and CGTN, Chinese Television. 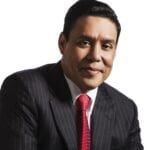 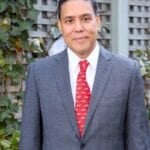 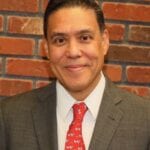 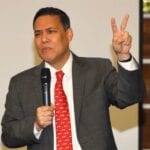 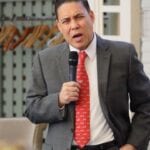