May 28, 2020 / Iconomy News / Comments Off on Proud of Iconomy Client Michelle Manu for landing a role in #MeToo Drama ‘R Culture’ 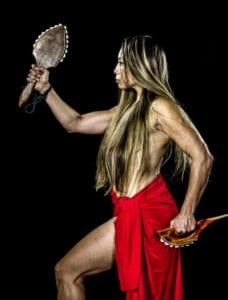 “There is a lot of me in this script,” Masse tells The Hollywood Reporter about the feature film that fellow writer Alexa Polar will direct.

The writer-actress-comedian will also star in the feature to be directed and co-written by Alexa Polar. Having stepped forward in 2017 to accuse Weinstein of unwanted sexual misconduct — before the former movie mogul was eventually convicted of, and sentenced to 23 years in prison for, rape and criminal sexual assault — Masse will draw on her own experiences as an industry silence breaker for the project.

“I wouldn’t say it is deliberately autobiographical, but there is a lot of me in this script, and it does tackle the ideas of celebrity, power, the press, the legal system and how survivors can come together to force change,” Masse tells The Hollywood Reporter. She adds that her collaboration with Polar on the movie’s script aims to “try and help survivors heal, help society understand what it feels like to live through abuse, come to terms with what has happened to you and take steps to tell your story and seek justice.”