Drafted out of New Mexico by the Lakers in the third round of the 1978 NBA Draft (60th overall), “Coop” became an integral part of the Showtime Lakers teams of the 1980s with his defensive skills. In a twelve-year career, he was named to eight NBA All Defensive Teams, including five First Teams. He won the NBA Defensive Player of the Year Award in 1987. He, along with Kareem Abdul-Jabbar and Magic Johnson, was a member of five Lakers championship teams in 1980, 1982, 1985, 1987 and 1988.

At 6 ft. 5 in (1.96 m), 174 lb (77 kg), the rail-thin Cooper known for his knee-high socks, played shooting guard, small forward, and point guard, although his defensive assignment was usually the other team’s best shooter at the 2 or 3 position. Larry Bird has said that Cooper was the best defender he faced.

In his professional career, Cooper averaged 8.9 points, 4.2 assists, 3.2 rebounds, 1.2 steals, and 0.6 blocks per game. He earned eight NBA All-Defensive Team selections – including five First Team honors – and was named NBA Defensive Player of the Year in 1987. When Cooper retired, after the 1989-90 season, ranked among the club’s all-time top 10 in three-point field goals (428), games played (873), total minutes played (23,635), steals (1033), blocked shots (523), assists (3,666), defensive rebounds (2,028), offensive rebounds (741) and free throw percentage (.833). He was regarded as a defensive genius during his 11-year NBA career and ranked among the NBA leaders in steals and blocked shots which established a Los Angles record low in limiting opponents to only 98.5 ppg in the 1995-96 campaign. A popular player among Lakers fans, home crowds were known to chant, “Coooooooop” whenever he controlled the ball, and the Lakers sometimes ran an alley-oop play for him that was dubbed the “Coop-a-loop.” Leaving the team after the 1989-90 season, he then played for the 1990-91 season in Italy for Pallacanestro Virtus Roma in the Italian Series A, averaging 15.8 points, 6.1 rebounds, 1.9 steals, 1.8 assists, and 0.3 blocks per game. 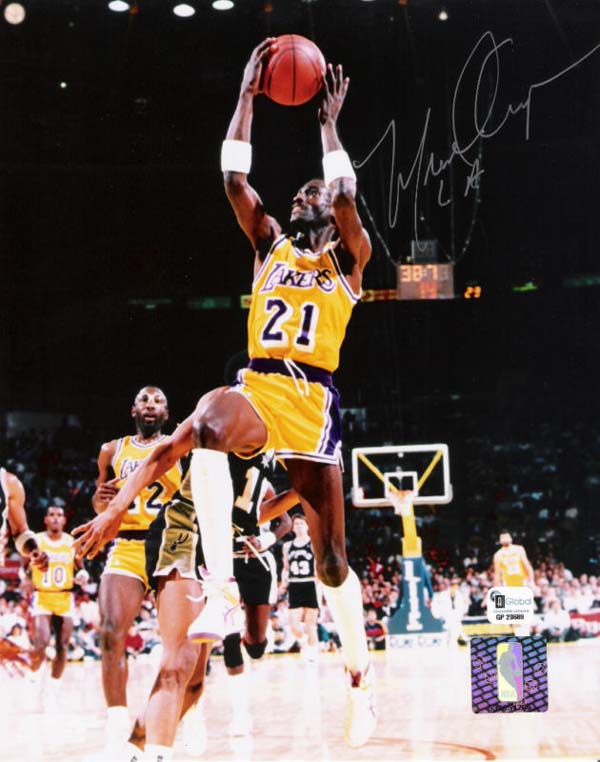 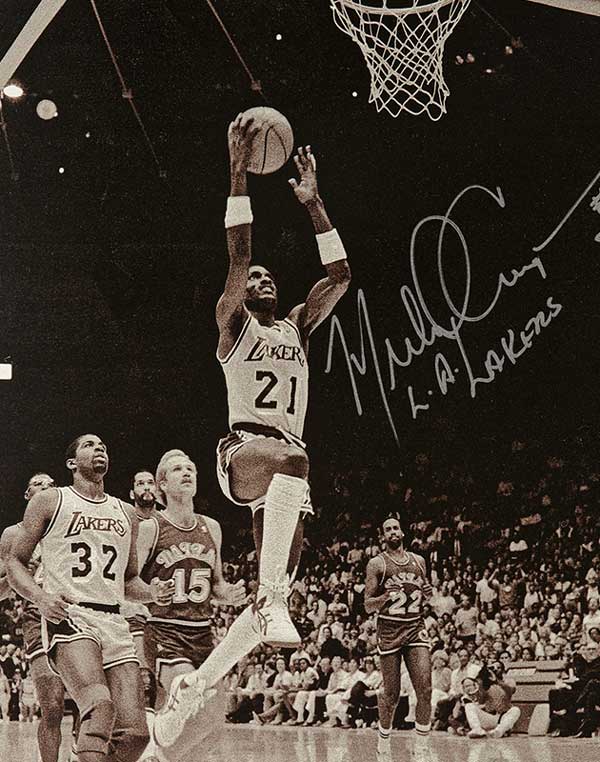 Following his 12 years playing career, Cooper began his coaching career as Special Assistant to Lakers’ general manager Jerry West for three years before joining the Lakers’ coaching staff in March 1994 under Magic Johnson, then with Del Harris from 1994-97. He became an assistant coach of the WNBA’s Los Angeles Sparks in 1999, and helped the team reach the playoffs for the first time in franchise history, with a record of 20-12 (.625) and was later that year announced head coach. In his first season as head coach, he earned the 2000 WNBA Coach of the Year Award after leading the Sparks to their best record in franchise history (28-4). In more than four seasons, Cooper guided the Sparks to a 116-31 (.789) regular season record, four playoff appearances and three finals appearances. Under his direction, the Sparks became WNBA Champions in 2001 and 2002.

Cooper then did a quick stint as an assistant coach under Jeff Bzdelik with the Denver Nuggets. After 24 games, Bzedelik was fired, and Cooper was named the Nuggets’ interim head coach. He remained interim head coach until George Karl was brought in to coach the team about a month later. Cooper was then the head coach for The Albuquerque Thunderbirds for two years (2006–2007). In 2007, Cooper left the Thunderbirds after coaching them to the National Basketball Association Development League Championship in 2006.

Off the court, Cooper supports the community and donates countless hours to a variety of charitable organizations. Cooper is also an analyst for ABC’s Sports Zone and Time Warner. Cooper is married and has four children, Michael II (32), Simone (29), Miles (23), and Nils (9).